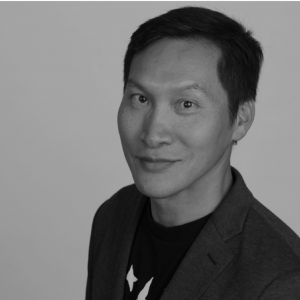 Eddy Zheng has a lifelong commitment in serving the children, youth and families in the San Francisco Bay Area and beyond. Eddy immigrated to the United States from China with his family when he was 12 years old. “Like many immigrant youth before and after me, I did not have a choice on whether or not I wanted to come to the U.S.,” he says, “I know firsthand the difficulties, barriers and frustrations the young people in our community are going through, and what can happen when they can’t get the help and support they need to succeed.” Eddy’s mission is to use his experiences to inspire and motivate young people to invest in their education, raise awareness about the detrimental impact that the Prison Industrial Complex has on the Asian and Pacific Islander population, and promote racial harmony among people of color.

Eddy is the Co-Director for the Oakland based Asian Prisoner Support Committee (APSC.) APSC provides support to Asian & Pacific Islander prisoners and educates the broader community about the growing number of Asians & Pacific Islanders in the United States being imprisoned, detained, and deported. It seeks to address and challenge root causes of this crisis such as the deterioration of our educational system, the criminalization of our youth, and the lack of access to resources for low-income immigrants and communities.
Appointed by San Francisco Mayor Edwin Lee to serve on the Southeast Community Facility Commission, Eddy also serves as the Chair of the San Francisco Board of Supervisor appointee on the Department of Children Youth and their Families’ Oversight and Advisory Committee, Commissioner at the Alameda County Department of Juvenile Justice Delinquency Prevention Commission, the Board of Directors in San Francisco’s Chinese for Affirmative Action (CAA) and the Chinatown Community Development Center (CCDC). He is a consultant for the Community Youth Center of San Francisco’s (CYC) branch office in Bayview Hunters Point.

Eddy is the 2015 Soros Justice Fellow. In 2007, he led a book project which culminated in the publication of “Other: An Asian and Pacific Islander Prisoners’ Anthology.” Eddy is the subject of the award winning documentary, “Breathin’ The Eddy Zheng Story.”