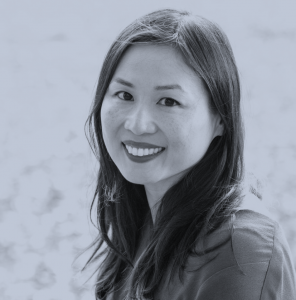 Ji Seon Song has dedicated her career to changing the criminal and juvenile systems. As a public defender in California, Ji Seon sought to tell her clients’ stories and reflect their humanity. Ji Seon focused on juvenile issues in her practice and policy work with particular emphasis on improving the plight of young people in custody and creating better ways to ease youths’ transition back into the community.

Ji Seon is currently a Thomas C. Grey Fellow and Lecturer in Law at Stanford Law School where she writes in the areas of juvenile and criminal law. She previously worked as a Prettyman fellow at Georgetown University Law Center and a policy advocate at the National Juvenile Defender Center. She also served as a clerk for the Hon. Deborah A. Batts in the Southern District of New York.

Ji Seon received her JD from Columbia Law School and an LLM in Trial Advocacy from Georgetown. She holds a BA in East Asian studies with a Minor in Music from Columbia College, Columbia University. Ji Seon was a founding member of the Asian American Criminal Trial Lawyers Association and the Bay Area Public Defenders for Racial Justice, and currently serves on the Executive Board of the Pacific Juvenile Defender Center. Ji Seon is a Bay Area native and a classically trained singer.