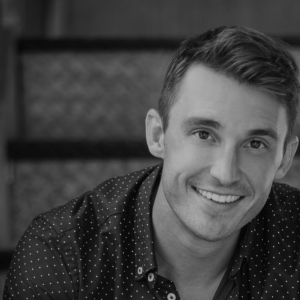 Alex Weber is a World Record Holder, American Ninja Warrior, and received US Lacrosse Coach of the Year.

Alex is also an Award-Winning Host for NBC’s American Ninja Warrior, FX, Under Armour, The Grammy’s, and a new Gameshow for The Discovery Channel.

As a social experiment, Alex and his best friend video chatted 24 hours a day for 14 days straight to set a first ever World Record. The live stream was broadcast to anyone and everyone in the world at all times. Continuing in new social experiments, Alex went around the country giving out Free Compliments and Pep Talks to complete strangers as a positive, fun exploration of connecting with people.

Alex is also a documentary filmmaker having created and directed the #1 film in America’s fastest growing sport, Lacrosse. Alex was awarded Academic All-American playing Division 1 Lacrosse for UPenn in The Ivy League. Upon coming to Los Angeles, Alex coached Harvard Westlake HS. The team had not won a playoff game and in Alex’s first year, the team won the Los Angeles Championship garnering Alex US Lacrosse Coach of the Year.

Alex now plays international lacrosse with Spain, Bulgaria, Switzerland, Poland, Slovakia and more. This summer Alex will be competing with the Argentinian National Team in the World Championships played in Israel.